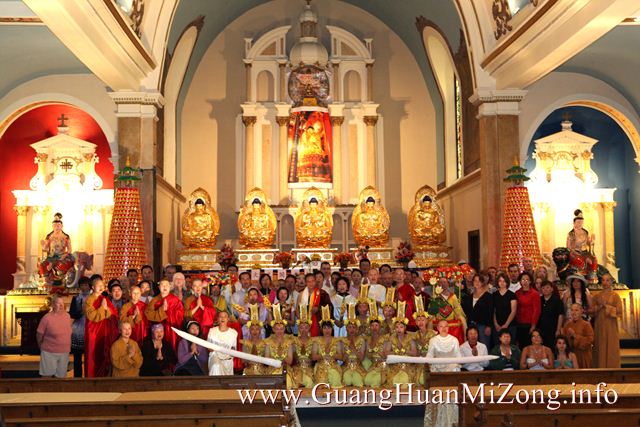 The Western Shrine of Guang Huan Mi Zong hosted a spectacular birthday celebration for Sakyamuni Buddha on May 28, 2012, which is the most significant day for Buddhists in the year and widely celebrated across the world.

The ceremony was held in the Five World Buddhas Temple in Amsterdam, NY, which enshrines five golden Buddha statues who represent the five Buddhas who rule the five Buddha Worlds and serves as a place of worship and venue for rituals and events.

“Celebrating Sakyamuni Buddha’s birthday is to commemorate this great Awakened One who brought the hope of liberation from suffering for all beings.” Holy Ziguang Shang Shi, founder of Guang Huan Mi Zong, which developed a unique Dharma practice through the direct lineage of Sakyamuni Buddha, delivered his speech on a magnificent altar. “The ceremony also reflects our purpose, to build a bridge between eastern and western cultures. We hope to let the easterners and westerners understand each other’s decency, friendship and wisdom. We all share a common philosophy – peace, health and harmony.”

The guests and Buddhist Preachers in yellow robes and red robes joined their palms sincerely and, following Holy Ziguang Shang Shi, bathed the infant Buddha statue. This ritual symbolized purifying body and soul and dedicating one’s heart to the Buddha. 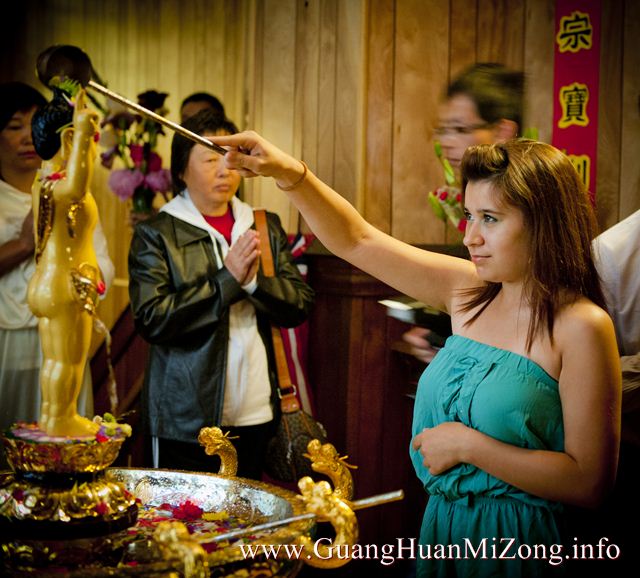 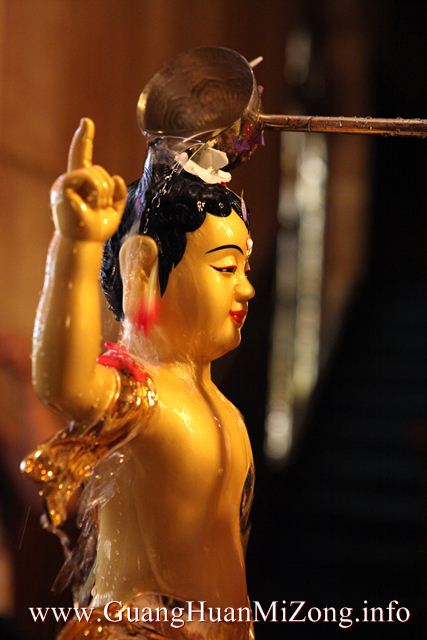 Wonderful performances lasted for around one hour. On the stage in front of the Buddha statues, an exquisite Buddhist dance, the “Thousand-arm Goddess of Mercy Dance” dazzled the guests, with exotic golden costumes and beautiful, well-choreographed movements. The audience was deeply impressed by the fusion of eastern and western cultural performances such as Chinese folk songs, opera, ballet, Tai Chi and Kung fu.

Some also expressed their heartfelt thanks on the stage. 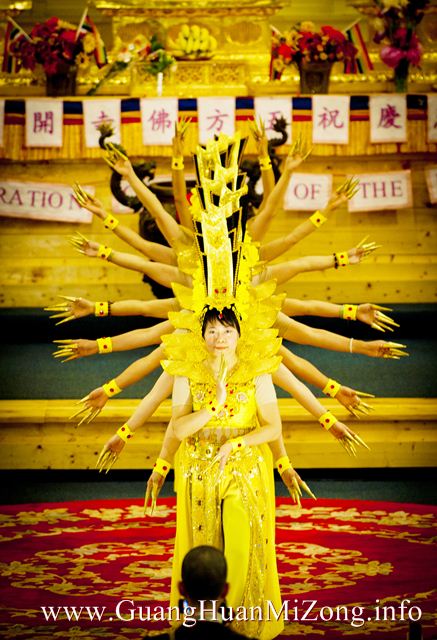 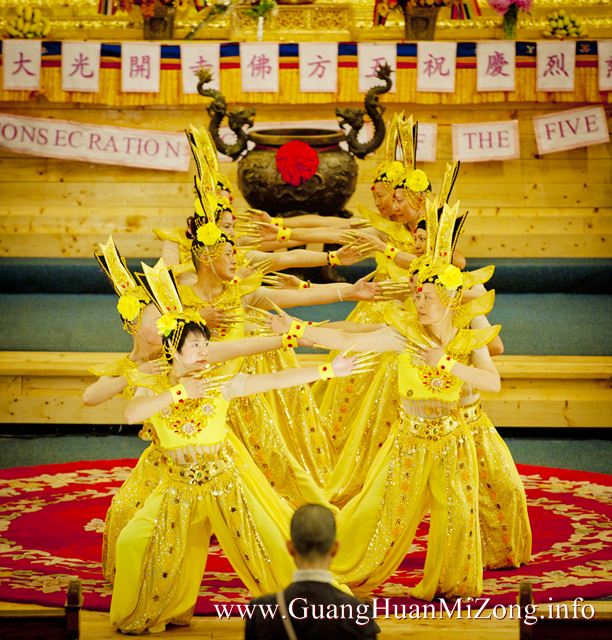 “I want to show my gratitude to the Buddha’s representative here today – Holy Master Ziguang Shang Shi for going through so many challenges and obstructions, to come to America and for showing us the Buddha and his light, and the meaning of the Buddha and his essence.” said Joshua Rosenstein, a Western disciple of Holy Ziguang Shang Shi, currently a reservist in the United States Marines. He successfully completed the tough training in boot camp and overcame many physical and mental difficulties, which would not have been possible for him without learning the powerful Dharma meditation practice taught by the Holy Master. 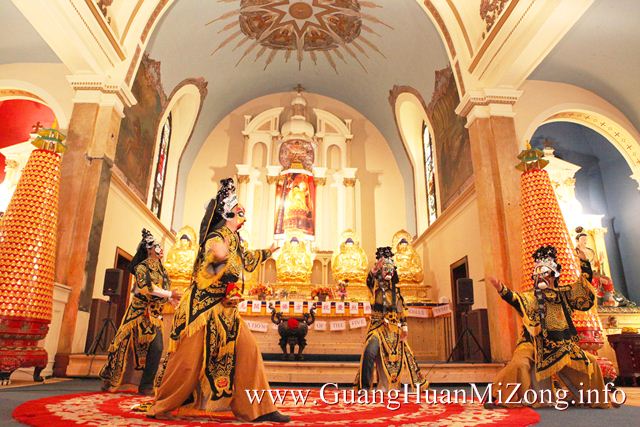 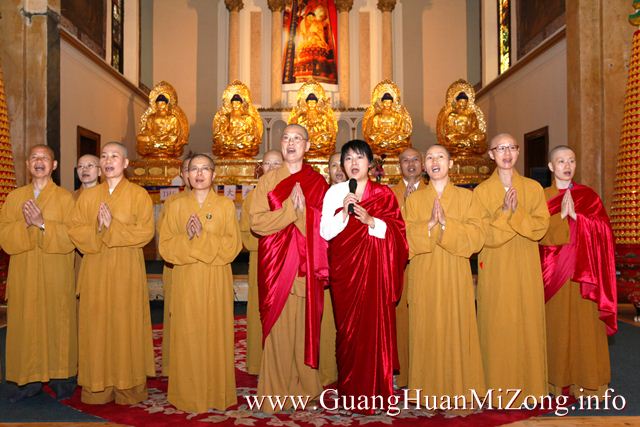 “My wife and I have been practicing every day; I feel really good about it.” said Ken Dingee, who learned Guang Huan Mi Zong Health Dharma in September 2010, and has been practicing daily ever since. He appeared 10 year younger compared to the time before he started his practice.

Bill Knott, a student of Holy Ziguang Shang Shi since Christmas in 2010, wrote in his thank you letter: “America, the West in general needs the great teaching/practices of the East to counter balance our material culture…I would like to learn from the Master, gain wisdom, better health, and more enlightenment.” He brought his wife and three young daughters to the event. They were delighted with the ceremony and looked forward to coming back again to learn the Health Dharma.

All the guests enjoyed delicious Chinese and American snacks after the performances, and were totally satisfied with the celebration.
They wrote down their comments and gratitude:

“It was a wonderful ceremony.”
“I was happy my children could experience a culture that is very different than their own.”
“There’s so much talent in the Chinese culture. I would like to get involved more.”
“Indeed everyone smiles in the same language.”
“Practical religion; Love, peace and harmony practiced”
“Thank you for sharing your beautiful faith and culture with our community.”

The celebration successfully ended in a great joy. Many guests are very interested in learning Guang Huan Mi Zong Health Dharma; the next class will be scheduled shortly.

The Western Shrine is a secluded sanctuary established as a place for healing and spiritual practice.

Please be patient as we setup our new website! 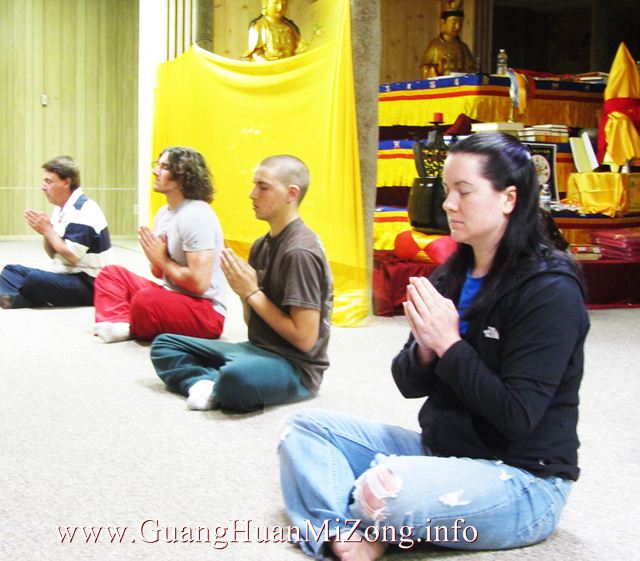 Guang Huan Mi Zong will hold a new meditation class from May 26 to 28 in Upstate New York, teaching people the Health Dharma – a special meditation technique for improving health, developing inner peace, and reaching supernatural states of concentration and insight.

Many people have come from places around the world like San Francisco, Los Angeles, Hong Kong, and New York City to the Buddhist temple of Guang Huan Mi Zong to make a pilgrimage, or to attend the Health Dharma class, or take a 3-month retreat for spiritual practice.

“I met Holy Master Ziguang Shang Shi in Hong Kong in March. He really is the best teacher, Buddhist Master, I’ve ever met, although I’ve been learning from many venerable Buddhist monks or masters in different places. The Dharma practice is unique, and has surpassed any other types of practices I’ve learned before. ” said Mr. Cheung, general manager of a prominent company in Hong Kong, also a Qigong and Buddhist meditation practitioner for years.

In the Health Dharma class held on May 6, Alice from San Francisco, shared her experience during the practice: “I saw the energy from the universe channeling directly into my body, through the mantra Holy Ziguang Shang Shi taught us. It was so powerful that I was totally energized throughout the day afterwards. The learning process was amazing and beyond my expectation.” She said she came to the Temple for the 3-month retreat.

An introductory class for this special meditation practice will be held on May 26 through the 28. The class fee is $300, however college students can attend free of charge. 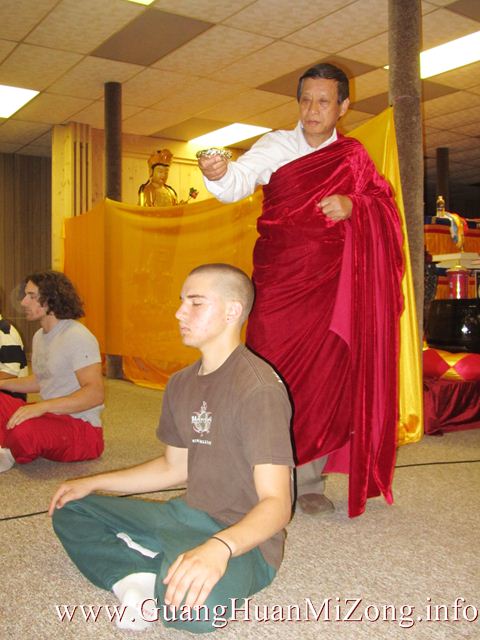