From the Buddhist Sutra: During the Dharma Vanishing Era, this world will be endangered by drastic changes such as unpredictable weather, frequent occurrences of widespread epidemics, disasters, and fatal illnesses.

In the Lunar Calendar, the 15th of July is known as the Zhongyuan Festival or Bon Festival. It is a day to honor the spirits of one’s ancestors, guide and help them to find peace, by burning joss paper for the deceased as well as feeding lost souls.

To help relieve the sins and pain of all beings (alive and deceased) from suffering, the Holy Master Ziguang Shang Shi will compassionately hold a Soul Relieving Ceremony at the Temple of Ksitigarbha Bodhisattva in the Holy Mountain Buddha Land on September 2, 2020.

Those who would like to help beloved deceased ones become free from suffering, please submit your request to our regional centers, temples, or chapels. Upon receipt, your submissions will be forwarded to the Headquarters for further arrangements.

For those who have made an annual offering to the Buddha in the Thousand Buddha Hall and consequently attended our Dharma Blessing Event on August 8, 2020, you will be prioritized in enrolling for this ceremony at no cost.

All other attendees are welcome to make their generous donations. For those who  intend to alleviate their ancestors’ sufferings and enable their ancestors to be blessed in this Ceremony, must have their applications submitted punctually.

While the COVID-19 pandemic is endangering the globe, a series of Blessing and Soul-Relieving Ceremonies have been launched to shine light on the world with love by the compassionate Holy Master Ziguang Shang Shi and his disciples. On the date of April 5th, 2020, the ceremonies were held at three locations: Guang Huan Mi Zong Holy Mountain Buddha Land, Guanyin Holy Mountain, and Hong Kong Ksitigarbha Bodhisattva Temple. These rituals were intended for all the deceased medical workers and patients, with no distinction to nationality, as well as sending blessings and prayers to all beings in the world.

Preachers are chanting before the Ksitigarbha Bodhisattva statue. With the Joss Sticks lit, their chanting and prayers were heard by Buddhas and Bodhisattvas. Thus the blessings and powerful energy nourished the earth from the divine beings.

The vows and chanting are for the pandemic to be ended, for souls of the deceased to be relieved, and for all predestinated sentient beings in the world to enjoy peace and happiness.

We hope that this COVID-19 pandemic will come to an end in the near future, and all beings will enjoy the beautiful sunlight and smiles again. We also hope that more people will have the chance to listen to Holy Master Ziguang Shang Shi’s teachings and learn the precious Guang Huan Mi Zong Health Dharma, which has incredible effects in improving their immune systems and developing their potential, so that the dream of “Human Health, World Peace, and Religious Harmony” can be realized. 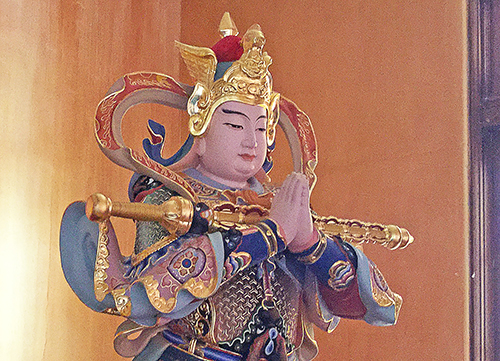 Lunar Calendar June 3 (June 26, 2017, AD) was the Holy Birthday of Skanda Bodhisattva (a.k.a. Wei Tuo Bodhisattva), who is the Honored Buddhist Dharma Protector. A grand Birthday Celebration was held at the Holy Mountain Buddha Land to memorize this Great Dharma Guardian’s contribution. 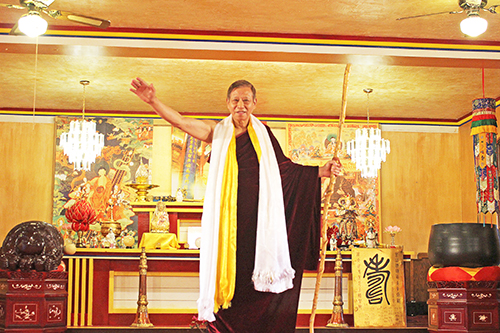 Holding a Vajra in his hand, the World-Honored compassionate Holy Master Ziguang Shang Shi gave his speech to Sangha and laymen at this solemn ceremony. Dressing a garnet cassock and sitting with crossed legs, the World-renowned One first offered the immeasurable Buddha Light blessing to the Saha World, praised the contribution of Skanda Bodhisattva, and then imparted the truth to his followers: “The protection of Skanda Bodhisattva and other Dharma protectors was the premise of spreading Buddhism 2,500 years ago. After Buddha’s nirvana, the constant protection of Skanda and his emanations has become the reason why Buddhism could be delivered to modern days through thousands of years.”

“Every one of us received protection from Skanda Bodhisattva before time began. Therefore, we must be grateful. And the best way to show gratitude is to protect and promote the righteous Buddhist Dharma – Guang Huan Mi Zong Dharma, and take on the burden of Skanda Bodhisattva, Ksitigarbha Bodhisattva, and Avalokitesvara Bodhisattva.” Holy Master explained. 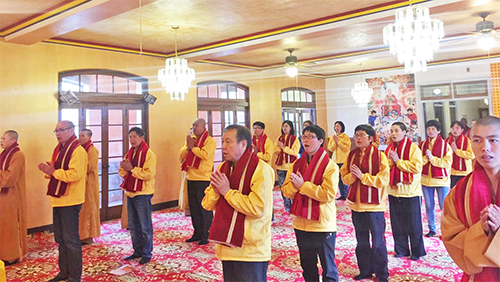 During the stately ceremony, the exalted Holy Master also arranged a special soul relieving ritual for those who died in the recent landslide at Xinmo Village, Sichuan Province, China, and other disasters in the world. 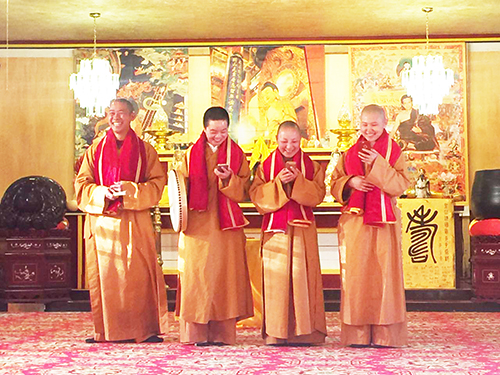 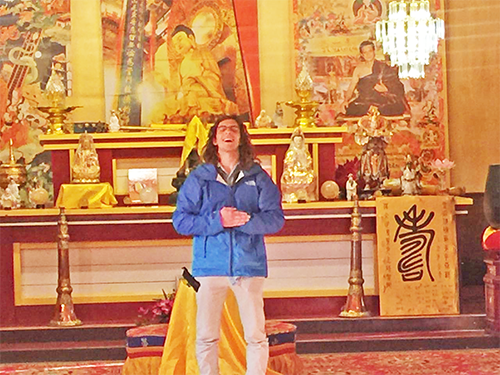 Dancing and singing, followers contributed their wonderful performance to celebrate the Holy Birthday of Skanda Bodhisattva, to deliver their appreciations to the blessing and speech of Holy Master Ziguang Shang Shi, and to pay homage to Buddhas and Bodhisattvas. 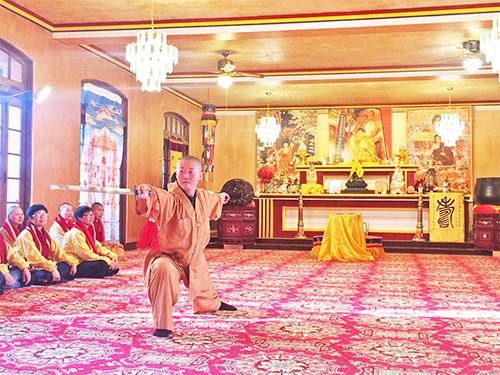 Aiming to fulfill the philosophy of His Holiness – World Peace, Human Health, and Religious Harmony, all followers promised that they would treat Skanda Bodhisattva as their role model, protecting and promoting Guang Huan Mi Zong Buddhism globally, and delivering affinity beings from sufferings.