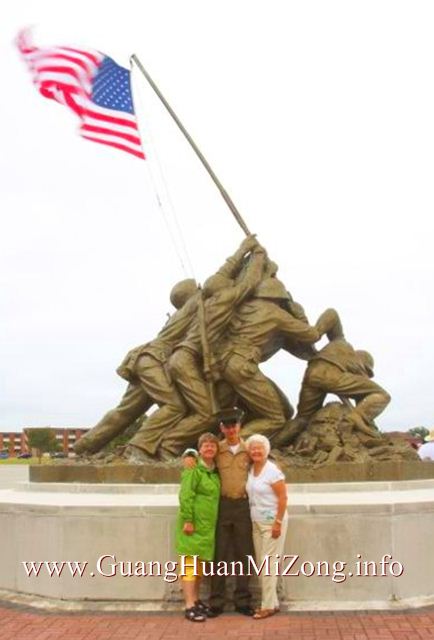 I would like to give my sincere and heartfelt thanks to Holy Master Ziguang Shang Shi for teaching me and allowing me to practice his Esoteric Buddhism Dharma. Ever since I began following the Holy Master in November 2010, I have been continually helped and blessed in every aspect of my life.

Between the good luck I have enjoyed, and the personal development, physically, mentally, and spiritually that I have undergone in my time as the Holy Master’s student I can only describe his Dharma as truly miraculous.

The fact that I even had the confidence to attempt to join the Marines is a miracle. I had thought about it from time to time when I was younger, but I never thought I could do it. Before meeting the Holy Master I was very depressed in life, and I hardly had the motivation to hold the most simple and low paying jobs, much less join the most difficult branch of the military.

However, during the first 3 months as Holy Master Ziguang Shang Shi’s student my physical and mental strength increased dramatically, and I was able gain the confidence and strength necessary to enlist.

Marine Corps Boot Camp can be a very difficult place, filled with mental and physical challenges. However, during my time there, I was blessed and protected constantly, so that not only was I able to successfully complete my training there, but also do so in relative comfort and ease. This was partly because of the good luck I enjoyed and partly because following Holy Master strengthened and prepared me for the challenges that I faced.

Before I met Holy Master I weighed 121 pounds. When I prepared to leave for Boot Camp a few months later I weighed 145 pounds. Following the Esoteric Dharma gave me the energy and motivation to exercise, and also gave my body the ability to quickly add muscle and build the stamina and endurance that allowed me to pass all the physical challenges with ease.

During my time at Parris Island we experienced the hottest summer on record with temperatures over 100 degrees Fahrenheit and humidity at or near 100%. This created a miserable time for many of the recruits, but somehow, even though I wasn’t used to such heat normally in my home state of New York, the heat and humidity did not bother me, except for 1 or 2 times. My only explanation is that practicing the Esoteric Dharma improved my body’s circulation and ability to handle excess heat.

The mental challenges of Marine Corps training involved being screamed at by our Drill Instructors in way meant to bring stress to everything we did, having our dignity and self-importance stripped away and getting along with 80 other recruits prone to arguing and in fighting in the midst of constant stressful and miserable conditions.

For many of the recruits these posed a big challenge, and some couldn’t take it, or struggled to adapt.

From the beginning, the training and perspective provided to me by following Holy Master Ziguang Shang Shi and his Esoteric Dharma allowed me to remain calm in the face of stress, keep my sense of humor in humiliating circumstances, and work together smoothly with my fellow recruits. In fact, many people, both my Drill Instructors and fellow recruits, remarked that I was always positive, motivated, and never complained or did anything purposely wrong.

What really makes this all remarkable and miraculous is that before I began practicing the Esoteric Dharma I was a completely different person. From thinking and worrying too much I was always feeling very stressful, even in relatively calm circumstances. I was totally unmotivated and was always looking for reasons to quit and excuses for why I shouldn’t work hard or apply myself. I had a very big ego, and was always looking down on other people and finding reasons why I was better than them, and always criticizing and belittling them.

However, after following Holy Master Ziguang Shang Shi and practicing his Esoteric Dharma I have been able to see the error of my ways, and receive the healing and guidance to make a complete turnaround in my life and develop my good qualities so that I could enter an environment as difficult as Marine Corps training and make it a success.

Not only did the Dharma strengthen me mentally and physically, but I also enjoyed many instances of good luck, this was the biggest one:

Soon after I arrived at Boot Camp I became sick. This is normal for recruits because many people are living closely together and they come from different parts of the country bringing bacteria and viruses that others haven’t experienced before. However for me, my illness quickly became serious and I developed pneumonia. Luckily, I recovered fairly quickly, but I missed too many days of training while I was sick and had to be sent back to a different unit than the one I started with.

Things were looking bad for me because the last day of training I had completed was day 8 and the only unit available to join was on day 0. This would mean starting my training all over again and pushing back the day of my graduation by 4 weeks. I practiced and I prayed and something strange happened. The Drill Instructor in charge assigned me to a unit that was on training day 18. This was only one week behind my original unit, so my graduation was only delayed a short time. No one I talked to had ever heard of a recruit being sent forward in training like this before, it was a miracle that allowed me to complete my training and be reunited with my family and friends without a big delay. My only explanation is that following Holy Master Ziguang Shang Shi and practicing the Esoteric Dharma wholeheartedly bring good luck and good fortune.

With endless thanks and praise I bow to the Holy Master Ziguang Shang Shi for helping me, healing me, guiding me, empowering me, and protecting me. I want to use everything I have learned and every benefit I have gained from Holy Master’s Dharma to help others like he have helped me. 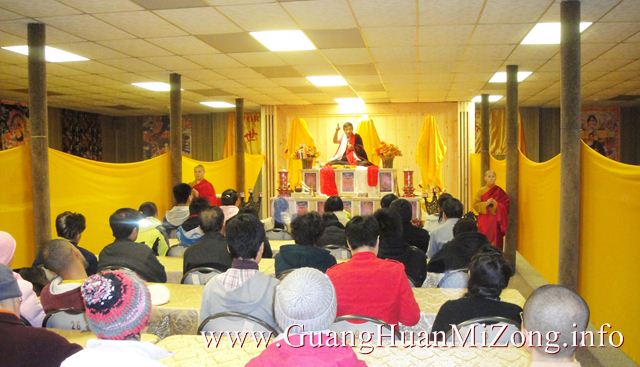 Despite of the aftermath of Hurricane Irene, Maha Meditation is going to hold a new class on September 6 in Upstate New York.

Many of those who are pursuing spiritual development, holistic wellbeing and direction of life, and who are seeking business opportunities from the cities in the East, including Hong Kong, Beijing, Guangzhou, Shenzhen, Singapore and so on, have arrived in the city of Amsterdam, NY, waiting for the exciting event in this peaceful small city.

“I’m going to continue the advanced class after the class on September 6. I’m looking forward to it. I’ve been practicing One Day Two Practices and Three Chantings Dharma when I was in Foshan (a city in Guangdong Province); the result is terrific.” said Yandong Li, 36 years old, a manger of a strategic planning company. He is staying in a local hotel.

“The retreat class following the one-day class will last for two weeks. I’ve been waiting for it for more than a month!” said Amy Cheung, a real estate agent from Hong Kong.

The One Day Two Practices and Three Chantings Dharma, the entry level of Maha Meditation, is widely spread in Asia by Holy Ziguang Shang Shi’s disciples. A nearly 1,000 attendees’ Dharma Convention was successfully held in Hong Kong on August 6, 2011. A large number of the visitors coming recently have attended that Convention and already been benefited from the Dharma practice.

It is said that the Maha Meditation introductory class is condensed in one day. It will teach the coming students the proper practice method, which can help them start to build up inner strength and physical health.

Under current economic circumstances in the US, this “spiritual travelling” or “pilgrimage tourism” can be considered one way of boosting local economy.

Maha Meditation is derived from Guang Huan Mi Zong Buddhism, founded by Holy Ziguang Shang Shi. It originates from ancient India over two thousand years ago, a direct lineage from Sakyamuni Buddha. Maha Meditation’s focus is to heal diseases and allow each individual to connect to the divine message of life through their own path and understanding. Therefore, it is for everyone in the world, without distinction as to race, religion, gender or age