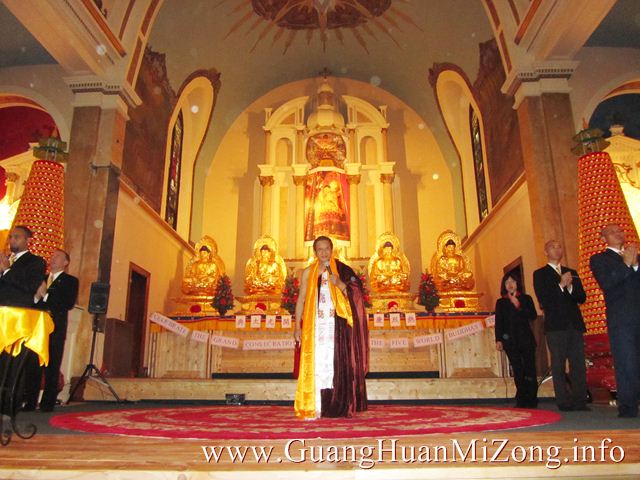 – Magnificent Temple opened in the land of the West

October 26, 2010 (Buddhist Calendar September 19, 2554) is a significant and auspicious day celebrated joyously by the whole world. Guided by the Honorable Holy Ziguang Shang Shi’s, witnessed by the Five World Buddhas, Bodhisattvas from Ten Worlds, disciples and followers from thousands of miles away, and the local media, the Five World Buddhas Temple of the Western Shrine held a solemn Grand Consecration Ceremony. It means that Guang Huan Mi Zong will open a brand new page in this western country and lay a solid foundation for welcoming the people with good affinity in the western countries and in the world. 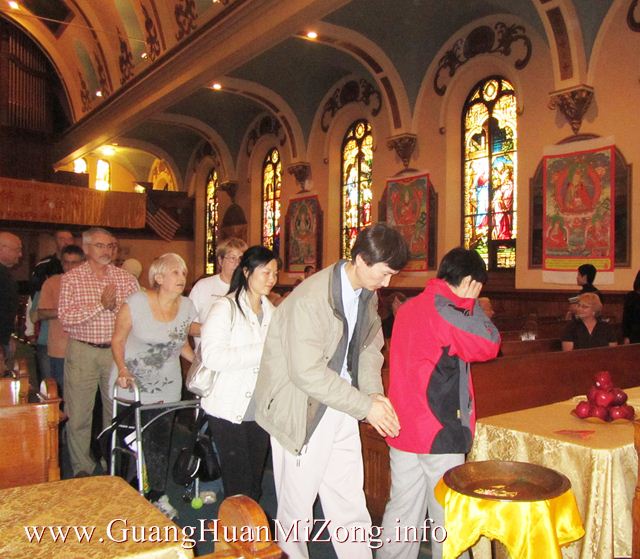 The auspicious time arrives, the Honorable Holy Ziguang Shang Shi removed the golden veils for the Five World Buddhas and two Bodhisattvas—Manjusri and Samantabhadra, and gave them the consecration. At that moment, golden light was emanating from the entire universe, Mandalas were all over the sky, the colorful ethereal flowers were falling like rain, and a symphony of celestial music resounded. All the Buddhas and Bodhisattvas were blessing this precious and marvelous moment. Holy Ziguang Shang Shi, with his mercy and majesty, held the Dharma instrument and bestowed holy blessing to everyone present. All attendees received consecrated energy, washing away the dust from their bodies and souls. They were grateful for Holy Ziguang Shang Shi’s compassionate almsgiving! 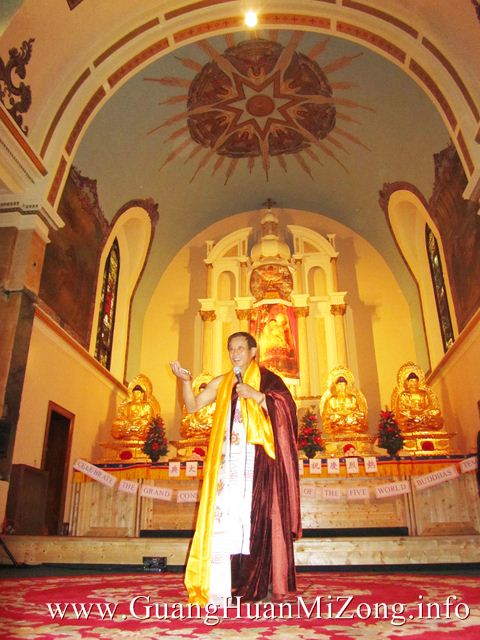 Holy Ziguang Shang Shi compassionately gave everyone instruction in the ceremony: “it is the deep affinity with the Five World Buddhas that brought you here, to this holy ceremony. It is especially precious for those who came from thousands of miles away to attend this event.” Holy Ziguang Shang Shi announced that Guang Huan Mi Zong Buddhism Research Institute will open on this great day, and reveal the Dharmas that have not been revealed in the past!

The disciples performed singing and dancing, as well as martial arts to entertain the Buddhas, Bodhisattvas, guests, and reporters. Ken Dingee from Amsterdam said in his letter afterwards: “I would like to say that the Consecration Ceremony of the Five World Buddhas Temple in Amsterdam was wonderful. The Temple is very beautiful and a great display of the efforts of everyone who works there. The ceremony was joyous and inspiring for all who attended. Thank you for the entertainment which showed your talents and was fun.”

The Grand Consecration Ceremony of the Five World Buddhas Temple left so many unforgettable moments for the participants and was a great success. 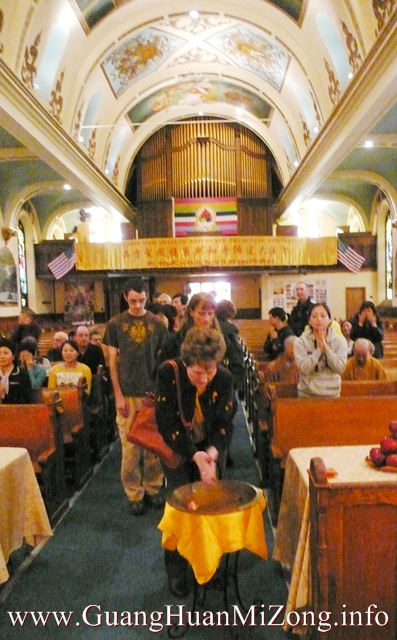